I recently wrote about being in an IC (interstitial cystitis) flare. These are very rough flare-ups. Causing severe pain and regular trips to the bathroom. As soon as I get half way comfortable, I have to get up to urinate. That, in itself, is a challenge sometimes, either it doesn’t want to come out or it hurts when it does.

I have two Medtronic InterStims® or Sacral Nerve Stimulators to help control my bladder and the pain associated with IC. I have researched and can not find a link to the reason an InterStim® will turn itself off, other than a dead or dying battery, which is basically what it is to begin with, a battery.

Upon checking my settings while in the flare, I found that my right InterStim® was turned off. I immediately turned it back on and within a few hours, I felt some relief.

With the first InterStim® I had implanted in 2001, I was told that getting close to magnets or the security posts in stores could turn it on or off, but I do not recall getting close to these things of late. However, the InterStim® was indeed turned off.

The two InterStims® I have now are smaller than the one I had in 2001 and won’t last as long as that one did, but are working much better than the old one, while they are turned on. I will have to keep a close check on the right InterStim® now due to the fact it was turned off because the battery could be dying. I had the left one replaced in October 2016, so I know it has plenty of power to go for another 2 to 3 years. The right one still had life in it, so they did not replace it and told me it should last another year.

If you come across a reason why the InterStim® might turn itself off, please let me know, along with the website. I have looked high and low and can not find any information on this occurrence. At least I have the remote and can turn it back on, reset the leads it uses and make myself comfortable. But once in a flare, it takes a few days for the bladder to settle down and stop hurting.

For all of your form needs, visit my Etsy shop and find forms for babysitting, home finance, accident report, and much more. 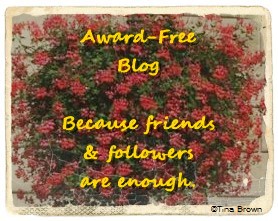 The Complete Book of Essential Oils and Aromatherapy, Revised and Expanded
Shop To Fight Diabetes! Every Purchase Funds Diabetes Research!

Word of the Day Challenge

inditing my tales & other fixations

Helping you to manage your mindset so you can take control of your life and buisness.

My Thoughts, My Poetry...

Learning to Thrive, Not Just Survive, With Fibromyalgia

Reflections of April
Reflection of My Journey

Drowning in the busyness of life, and how I stay afloat, and find peace and stillness amidst the chaos.